Your message was sent successfully!

Your request was sent successfully!

Booking is not reserved

AWB No. is already exist! 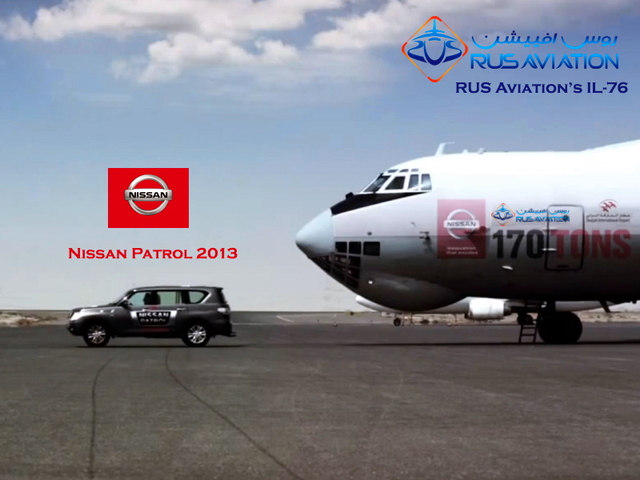 The Patrol was apparently fully stock except for the special towing hitch and the sandbags of weight in the boot. The plane was also loaded up with sandbags to set a new record of 170 tons, pulled around 50 metres at a speed of a few kilometres per hour at the Sharjah International Airport. It sounds a lot more dramatic than it looks.The previous record was held by a diesel-powered 2006 Volkswagen Touareg V10 TDI that pulled a 155-ton Boeing 747 in London.